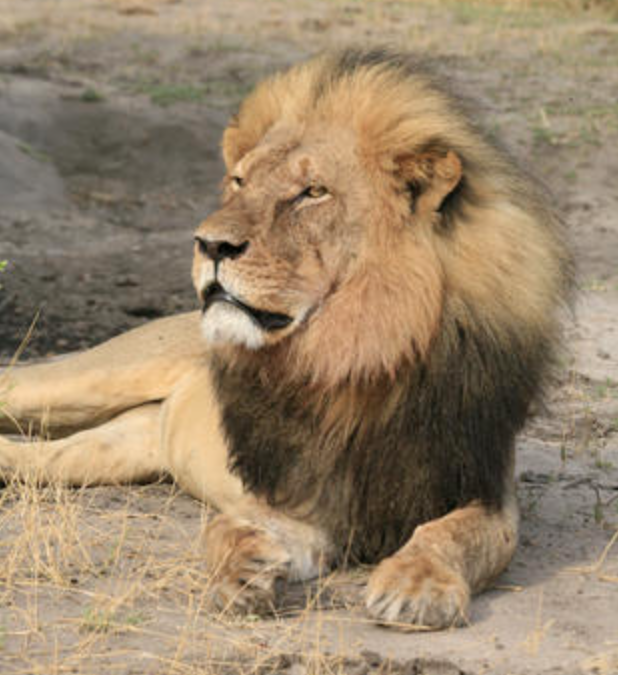 A few weeks ago a building near my office was overrun by police cars and media vans. I didn’t know what was going on until someone told me, complete with a meaningful look in one of the spare cubicles, “That’s where the dentist’s office is.”

I didn’t need to be told which dentist, because in the prior three days ‘dentist’ had become the country’s newest dirty word. That’s all we knew about Walter Palmer. He was a dentist who enjoyed traveling the world and killing magnificent animals, that is, until he killed the wrong one.

As a vegetarian I’ve had mixed feelings about the Cecil incident. Obviously it was a horrific, completely unjustifiable crime committed by a total asshat. Cecil’s death was senseless, cruel, and exacerbated by the likely slaughter of his twenty-four cubs as a new male takes over his pride. On the other hand, I live in the Midwest, where a bird flu epidemic has forced the extermination of forty-eight million chickens in the last several months. Let me say that again. Forty-eight million chickens. That’s the total human population of California, Oregon, and Washington combined, and other than a few brief clips of some poultry barns on the news, who even heard about these deaths, let alone cared? Personally, I can’t wrap my head around a scale that weighs the lives of twenty-five lions as greater than the lives of forty-eight million birds. As a writer, however, that scale—like everything else illogical about our species—fascinates me.

There are insights here for anyone writing about animals, but especially those who are working within an environmental theme. Cecil’s death showed us that people care. They are willing to become invested and even help spur social change if their sympathies are triggered. But what is the trigger? How can a writer tap into that amazing human-animal connection?

First, let me be clear that I’m no expert. I possess no degrees that end in -ology. I’m just a writer who has spent some time examining the relationship between people and the other species who live on this planet. In my opinion, the catalyst for the public reaction to Cecil’s death distills down to three main components: the Rarity factor, the Apex Predator factor, and the Charismatic Mega Vertebrate factor. Let’s break them down, one by one. 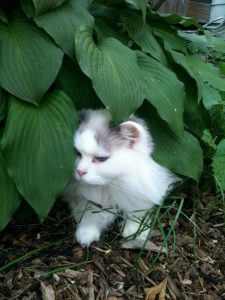 Why is gold worth more than water? Why do we value a lion’s life more than a chicken’s? After all, most of us directly depend on chickens as part of our food chain while lions have comparatively little impact on our survival. So why care about some lion halfway across the world? The answer is partly psychological—we are drawn to the rare and exotic—but also partly legislative. Cecil’s life was protected within the borders of his refuge and that law was the only thing that made his death a crime. In the U.S. the Endangered Species Act was enacted in 1973 and it mandated that the lives of threatened animals must be protected. Scarcity has become a kind of virtue; it makes certain animal’s lives more precious. To see this effect in reverse, look at the Obama administration’s decision to remove gray wolves in the Great Lakes region from the list. Almost immediately Minnesota, Wisconsin, and Michigan created hunting seasons to “manage their wolf populations” and fifteen hundred wolves were killed as a result. Less scarcity? Less value.

Of course, it’s easy to highlight an animal’s rarity when writing about an endangered species, but what if you’re not? The principle can still work even if your character is a more common animal, as C.S. Malerich demonstrates in the short story, “Meat.” In the story, the protagonist’s father decides to raise an animal for slaughter to provide ethically-minded food for his family. Malerich never reveals the animal’s species and it becomes a guessing game for the reader. Could the animal be a cow? Certain scenes seem to suggest it at first, but as the story progresses, the narrator gives the animal increasingly sophisticated behaviors and counterintuitive physical characteristics. Is it a monkey? An emu? The reader’s imagination races to the exotic, almost in defiance of the undeniably human-like character that is emerging.

“Meat” taps into the rarity factor by refusing to tell us if the animal is rare or not. We are unbalanced by not knowing the societal worth that has already been placed on this life and seek desperately to recover that label so we can apply the pre-determined value and move on. When we realize Meat’s species will not be revealed, the real question emerges: why do we value some animals more than others?

Aside from his almost-endangered status, Cecil was also the king of the jungle and, let’s be honest, we love our kings. Humans are the ultimate predators on planet Earth, at least for the time being, and our imaginations gravitate toward other apex predators—animals that preside over the top of their food chains. Look at Shark Week. Grizzly Man. Tyrannosaurus Rex. Yes, a predator can be dead for sixty-six million years and we still happily break box office records to watch their re-creations strut and slaughter on the big screen. 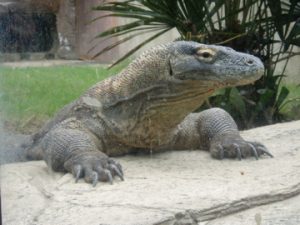 Whenever I talk to readers about The Dragon Keeper, my novel about a Komodo dragon’s virgin birth, their questions usually always cycle around to the species’ rumored poisonous bite. Sure, dragons can spontaneously reproduce, but they can really kill you, right? As writers we want to explore the animal behind the diet, but don’t ignore your animal’s predatory instincts; they’ll do wonders to heighten suspense. In every scene I wrote with Jata, the book’s Komodo, I knew she had the power to wreak havoc. She could have bitten her zookeeper’s hand off during feeding scenes or ambushed her in the exhibit. I used real-life accounts of Komodo attacks from the headlines to add tension to the friendship that developed between the woman and the dragon, to remind the reader that, at any moment, their delicate relationship could shatter.

Even if you’re writing about a herbivore, you can utilize the predator principle for drawing reader interest and raising the stakes in a story. Every animal can become formidable in the right situation. Look at the deer who charged a jogger in Germany in 2011. Or the gaze of raccoons that attacked a Washington jogger in 2012. Or the repeated barred owl attacks on runners earlier this year in Oregon. Hmm. The secret to raising the stakes might be a track suit…

Perhaps the biggest reason Cecil’s death caused such an outcry was because he was Cecil, not some random lion unacquainted with the human world. He had a name, a radio collar, and an unofficial fan club, and he’d attracted this human following because he was a charismatic mega vertebrate. 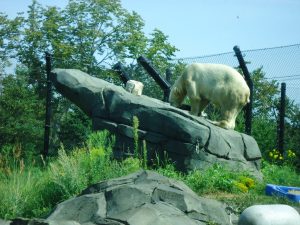 This is the term used by zoos to describe their poster exhibits. Lions, tigers, and bears, yes, but don’t forget gorillas, elephants, and dolphins. These species, through their larger-than-life personalities, human-like characteristics, or sheer vitality, are why visitors pay the price of admission. Simply put, they keep their zoo’s lights on. Knut the polar bear was responsible for a thirty percent increase in attendance the year he was born at the Berlin zoo. On the flip side, the Copenhagen zoo caused a worldwide controversy when they killed Marius the giraffe. The lesson? Charisma counts.

The good news here is that a writer can employ these characterization techniques to turn any vertebrate into a charismatic one. (Sorry, invertebrates. I’ll need to see a really compelling jellyfish or worm story before I can be convinced this strategy works for you.) An animal should be approached just like any other character in your book. Build their backstory, their mannerisms, their quirks, and then give their actions weight in the narrative. Make them integral to and capable of changing the world you’ve created. Don’t be afraid of anthropomorphizing. We naturally humanize animals in order to feel closer to them, so let your human characters forge those connections and your readers will follow suit. To learn characterization from masters on both ends of the spectrum, grab a copy of We Are All Completely Beside Ourselves and Charlotte’s Web. These books are courses onto themselves.

Lastly, give your animal a great name, a name that endears and endures, that shines a spotlight on this individual character and lets them climb, trot, or swim into their rightful place in your readers’ hearts.* It won’t help Cecil—or those forty-eight million chickens—but the more readers your book reaches, the greater the odds that a future animal’s life could be safeguarded as something worth preserving.

*Note that Wilbur and Fern are already taken. For alternative popular names from the year 1912, try Albert, Mildred, or Frances.