Everything I Want To Be 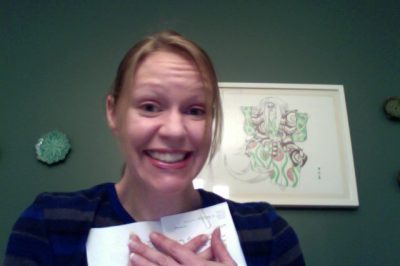 I have a confession to make. The US title of my most recent book, EVERYTHING YOU WANT ME TO BE, might be more descriptive of me than it is of Hattie. Hattie Hoffman, our dangerous chameleon who becomes all things to all people, took on roles as it suited her whims until the consequences finally caught up with her. She ended up stabbed to death in an abandoned barn. (No spoiler alerts necessary. We find her there in chapter one.)

I’m no actress. I can’t think quickly enough on my feet to come up with any really spectacular lies, but I have spent years wearing multiple lives. Let me tell you the story.

I’ve always written and ever since I was a kid I’ve been working on some story or novel, never finishing much before the next idea swept me away into a new world, another adventure. Call it the excitement and attention span of youth, except my playgrounds lived in my head. 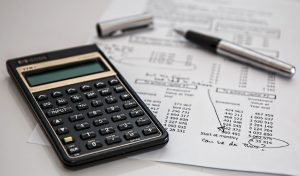 I finished college and began working in accounting because yes, I was a writer, but I also enjoyed food and, as the daughter of an electrical engineer, I had plenty of street cred on the side of the brain that puts numbers in columns and paychecks in the bank. And I sort of enjoyed numbers. I liked the tidiness of reconciling an account balance, putting every dollar in its place on the balance sheet, which is not entirely dissimilar to the satisfaction of building chapters or entire books and pulling all those thematic and narrative strings into a tightly woven crescendo. My bosses seemed pleased with me and more than one suggested I go back to school for accounting. I nodded politely each time while making gagging noises in my head. I liked numbers, sure, but become an accountant? Why not an IRS agent then, or a claims adjustor? Maybe an economist, if I was looking for the most boring career in the world. I was a writer, never a (yawn) accountant.

To prove it, I went back to school and got my MFA in writing. I learned the mechanics and architecture of storytelling and found I’d matured enough to finish my stories, to nurture and re-envision them until they were actually worth reading. I published my first book, THE DRAGON KEEPER, with an amazing eco-lit press and began working on a second novel. There was no disputing it now; I was a bonafide writer

During this same time, I also began having kids. My husband and I suddenly became a family of four and I added ‘mom’ to my list of titles. If you’ve never had kids, they’re a game changer. I became more…bloodthirsty. I didn’t know all the words, but before parenthood I used to hum along to the “Can’t we all just get along?” song. And I still like that tune, but if you harm my child I will straight up murder you without missing a note. (Note to future prosecutors: this is purely a fiction writer’s metaphor and therefore inadmissible in a trial by jury. For all crimes involving multiple stab wounds in abandoned barns, I will refer you to the general premise and legal outcome of Basic Instinct.)

But I digress. Let’s go back to the swaddling, rocking, spoon feeding, peek-a-boo days when I started to realize these little humans were entirely dependent on me, and would be for a very long time. A very long, expensive time. I started thinking about sports and activities and vacations and cars and college tuition–all of that times two–and strangely accounting didn’t seem quite so boring anymore.

Mom, will these pay for swimming lessons?

So back to school I went for a third time to get my accounting degree and become a CPA (Certified Public Accountant for all you non-number types). After thirteen years in corporate finance, the classes helped everything click into place. I learned the principles and guidance behind the numbers and was lucky enough to find wonderful mentors both at work and school. I was on my way to the CPA.

And yet…I still wrote. I needed to write more than ever, to have this thing that was mine, that kept me grounded as the revenue questions and corporate directives and house problems and homework and poo-diapers flew around me like a never-ending tornado. (Yes, a poo-diaper tornado, your complimentary image to savor today.) I finished my second book and began sending out queries to agents, not expecting anything to happen. It was just another spreadsheet to execute and I was getting pretty handy with those. But something happened. I received an offer of representation from one of the best agents in the business. A superagent, no hyperbole involved. I got the news during preparations for Thanksgiving and vacuumed the entire house while crying tears of complete gratitude. I was overcome, with no time to swoon.

That moment became emblematic of the next several years of my life. Why do one thing at a time when I could accomplish three? I didn’t tell my agent, or later my amazing editor, about the accounting degree I continued to pursue because I didn’t want them to think I wasn’t committed to my writing career. I didn’t tell anyone in the accounting program about being an agented author because, well, it just seemed obnoxious. I kept working, studying, writing, revising, parenting, marketing, and yes, even running a few half marathons for charity (because I am obnoxious), trying to keep both careers and everything in between moving forward. 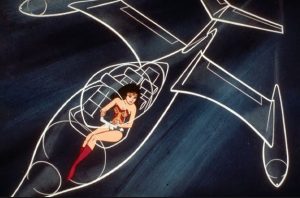 At one point my husband turned to me and said, “You don’t have an invisible plane, you know. You like to think you do, but you don’t.”

In retrospect, though, he may have had a point. I started to begin every work email with, “My apologies for the delay in reply…” I snuck out of the house at 5:00am because if the kids woke up they cried watching me leave. My blog looked like I hid most of the year in a prepper’s complex off the grid. Kinda lucky, too, that social services never stopped by the house and saw the horrid mess we deemed fit for human habitation.

What happened next wasn’t a fireball of an invisible plane crash, as any normal plot would dictate. Instead, cue the extraordinary. EVERYTHING YOU WANT ME TO BE was released this January to reviews I never dreamed of receiving, and my various lives started to intersect. The marketing manager at work saw me in People magazine. My professors read newspaper articles about the book tour and asked, “Is that YOU?” Even the midwife who delivered my first baby reached out to say congratulations. Writing took over my life, became the dominant career, and I’d never been happier. Or busier.

In the last few months, extraordinary has multiplied. We finalized a deal for the rights to a television series for EVERYTHING with Whalerock Industries, who produced Fargo and are developing the fellow Emily Bestler Books title I AM PILGRIM. Then I got the ultimate news: my editor made an offer for my next book…to be delivered this fall. EVERYTHING took more than four years to finish by squeezing the writing time into lunch breaks and vacations. It would be impossible to complete the new book in a few short months while juggling everything I was juggling.

It was time to choose. Was I a writer or was I an accountant?

You can probably guess the end of this story, but what isn’t obvious at first read is the number of incredible women who made it possible–mentors, businesswomen, and advocates who propelled me down every path I’ve walked in the last decade. Allow me to name drop, in no particular order, Sheila O’Connor, Megan Kalina, Linda Montgomery, Sarah Fjelstul, Stephanie Cabot, and Emily Bestler. These women built the invisible plane, probably on their day off.

So that’s the story, that’s everything I wanted to be and how I’ve ended up here, a full-time writer on a deadline–watch for my next thriller in the summer of 2018!–and okay, maybe still studying for the CPA exam while watching the kids run around the playground. Writers have to do taxes too, you know.