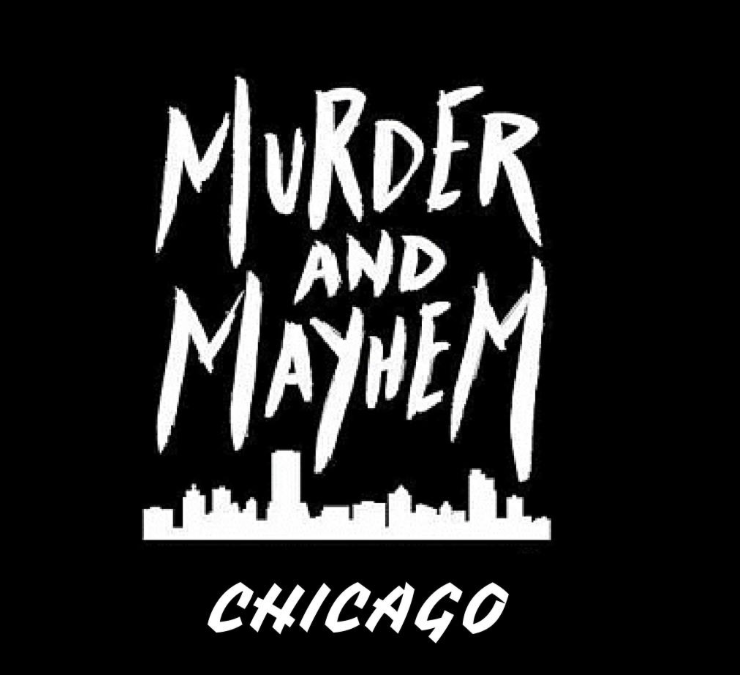 Last weekend I went to my first Murder and Mayhem conference. If you were sober in Chicago on St. Patrick’s Day, this was absolutely the place to be. As a regular attendee of other writing conferences like Bouchercon and AWP, I’m always frustrated that I can’t be in five panels at once. There’s so much happening simultaneously that it’s impossible to absorb more than a fraction of the content, which is why I appreciated the single-track schedule of MMC. Six panels and a keynote conversation ran throughout the day with breaks for signings and lunch.

The panels offered something for everyone, from pirate mysteries to tips on social media to the latest trends in drugged assaults as found in Chicago’s toxicology lab. Here are just a few of the many highlights:

On the “First Look: Fresh Mystery Debuts” panel, Kristen Lepionka talked about her experience winning Pitch Wars and the pivotal words from her mentor, Kellye Garrett. “I love your story. We need to change everything.”

In the “Crafting a Thrilling Series” panel, Raymond Benson resisted the serial template, saying instead, “I’m not a series writer. I wrote a five-book book” in reference to The Black Stiletto saga. One could still argue that his outing as the 4th official James Bond author qualifies him as a series writer. Benson also had some breaking news for conference attendees; he is collaborating with Janet Evanovich on The Mark, which is due out this August.

“True Tales from a Life in Mystery” brought award winning and bestselling authors together to discuss what they repurpose from their actual lives for their fiction. Isabella Maldonado talked about Phoenix’s heat becoming another character in her book and Mary Kubica advised that using a familiar place in your work may change it for you. A beloved park can quickly become sinister. 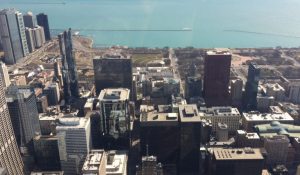 The panelists on “The Winding Path to Publishing” were full of great advice. “Say yes to everything,” recommended Eric Beetner, who also doubled as the day’s emcee. “Put your all in every little thing that you do.” Jessica Strawser, former editorial director for Writer’s Digest, reiterated that the best work comes from passion while Andrew Shaffer had some specific directions about self-care in the sauna. (Quote redacted)

My favorite panel of the day was “True Tales from a Career in Crime,” which was not–as the name suggests–a tableful of criminals. These were the good guys: a firearm scientist, a Chicago police veteran, a reporter, a senior toxicology officer, and a forensic sketch artist. All of these panelists had riveting, and sometimes horrifying, stories to share from their professions. We may write the fiction, but they live the reality. 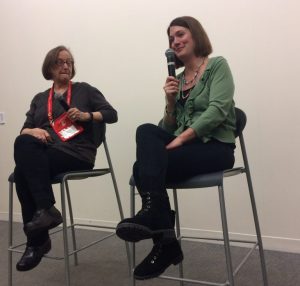 The keynote conversation this year was between Jeffery Deaver and Gillian Flynn. They discussed process, adaptations, and their shared love of Post Its. Deaver, who confirmed the rumor that he turned down dinner with Angelina Jolie because he was on a deadline, advised the crowd to structure a book like a symphony. Don’t put adagios together. Build toward a crescendo and follow it with the coda. Flynn, who did not turn down dinner with Ben Affleck, talked about drawing inspiration from Joyce Carol Oates and Margaret Atwood. Her advice to writers? Be stubborn.

It was a fantastic conference for readers and writers alike. Being in Chicago for St. Patrick’s day? Well, that was just a bonus. 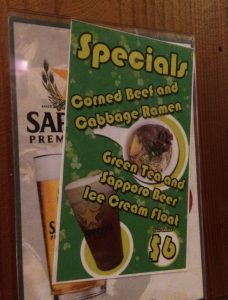