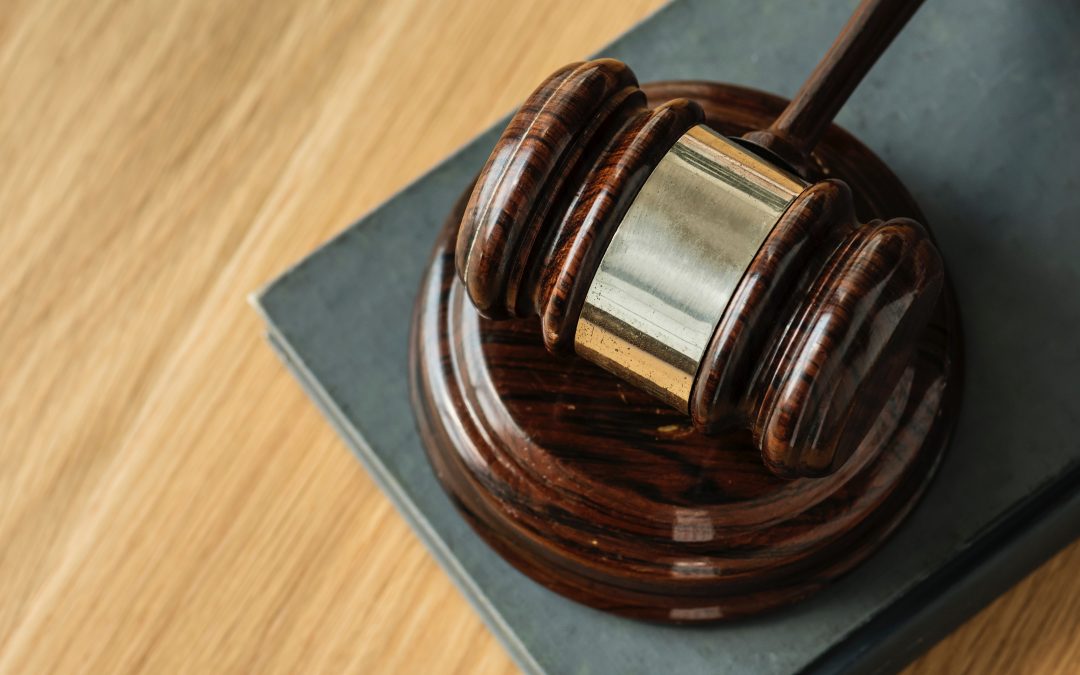 Welcome back to #TaxAdviceforWriters! In Income, Part I, we looked at the basics of how the IRS classifies income and whether your writing should be categorized as profit seeking (reported on Schedule C, with expenses and losses allowed) or as a hobby (no expenses or losses can be claimed on your tax return.) Now that you have a better understanding of the criteria the Court considers when making these rulings, let’s look at an actual case.

⚪️  Susan Crile worked as an artist for more than 40 years. Check out her portfolio here.

⚪️  Crile’s records were not always complete and included some inconsistent data.

The IRS contended that Susan Crile, an acclaimed American painter whose work is housed in the Metropolitan Museum of Art and the Guggenheim among other prominent museums, did not produce art for profit. They sought to classify her artistic activities as a hobby.

Crile began exhibiting her art and teaching at various universities in the seventies. She’s known for paintings that “move between the poles of beauty and horror” (SusanCrile.com) and conducts extensive research for her subjects, such as traveling to Kuwait to see burning oil fields for her “Fires of War” series. After a decade of solo exhibitions and gallery placement, Crile began teaching at Hunter College in 1982 and was a tenured professor there at the time of the hearing in 2013.

It may seem extraordinary for the IRS to declare such an acclaimed lifelong artist’s career a mere hobby, an assertion the NYT was more than happy to be livid over, but a closer inspection of the case reveals the issue might have actually been about improper deductions. We’ll get into that as we sort through the income classification.

Crile didn’t meet the general rule profitability test. She hadn’t made a profit from her art in three of the previous five tax years. In fact, Crile hadn’t produced net income once during the forty years of her career, so in order to determine whether her art was a profit seeking venture or a hobby, the Tax Court evaluated evidence from both Crile and the IRS regarding the nine factors we reviewed in Income, Part I.

Whether the activity is conducted in a business-like manner.

Conducting an activity like a business may show the taxpayer intends to earn a profit from it. 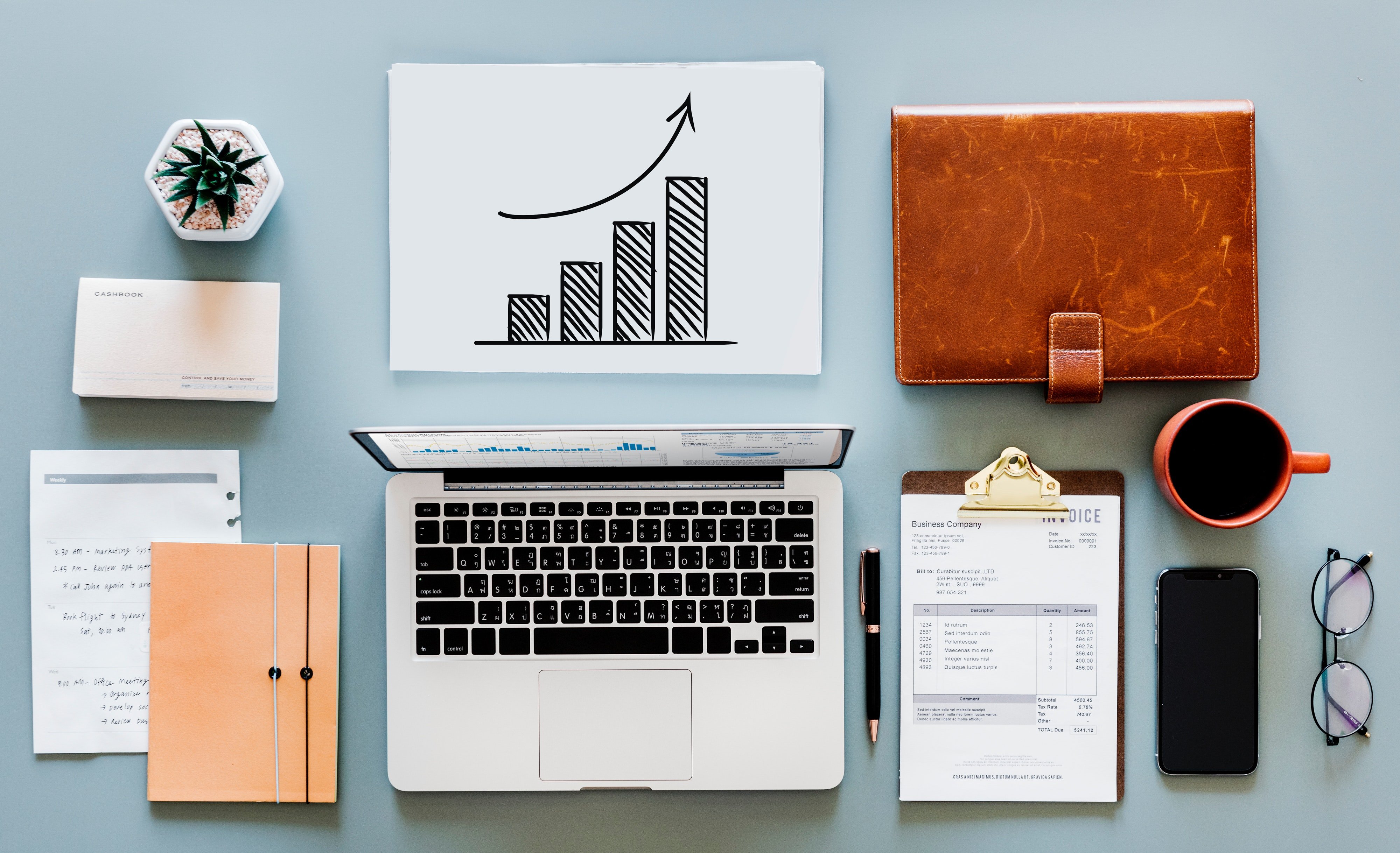 Crile didn’t have a written business plan. (But you should, and here’s the post to help you create one.) The Tax Court noted that even though her plan wasn’t written down, she did have a plan—which included changing galleries when she felt a particular outlet didn’t match her target customers as well as moving into different mediums in order to attract a new client base—and Crile executed that plan consistently throughout her years as a working artist. She demonstrated to the Court her knowledge of factors affecting the pricing of art and how she’d used the information to work to enhance the value of her own art.

Crile also kept detailed and relatively accurate records, although some records of sale were not complete due to insufficient data she’d received from the galleries. The Court acknowledged that informal recordkeeping was sufficient and didn’t expect Crile to maintain records comparable with a Fortune 500 company.

The Court found this factor to favor Crile and noted it to be more important that other factors. (Remember the nine factors are not equally important when evaluating every type of income. The Court decides on a case by case basis which factors will weigh most heavily.)

The only point they made against Crile was that she didn’t use her expense records to analyze and try to reduce her losses. (More on this in Factor #6)

The expertise of the taxpayers or their advisors.

A taxpayer’s expertise, research, and study of the accepted practices in an industry, as well as her consultation with experts, may indicate a profit motive. 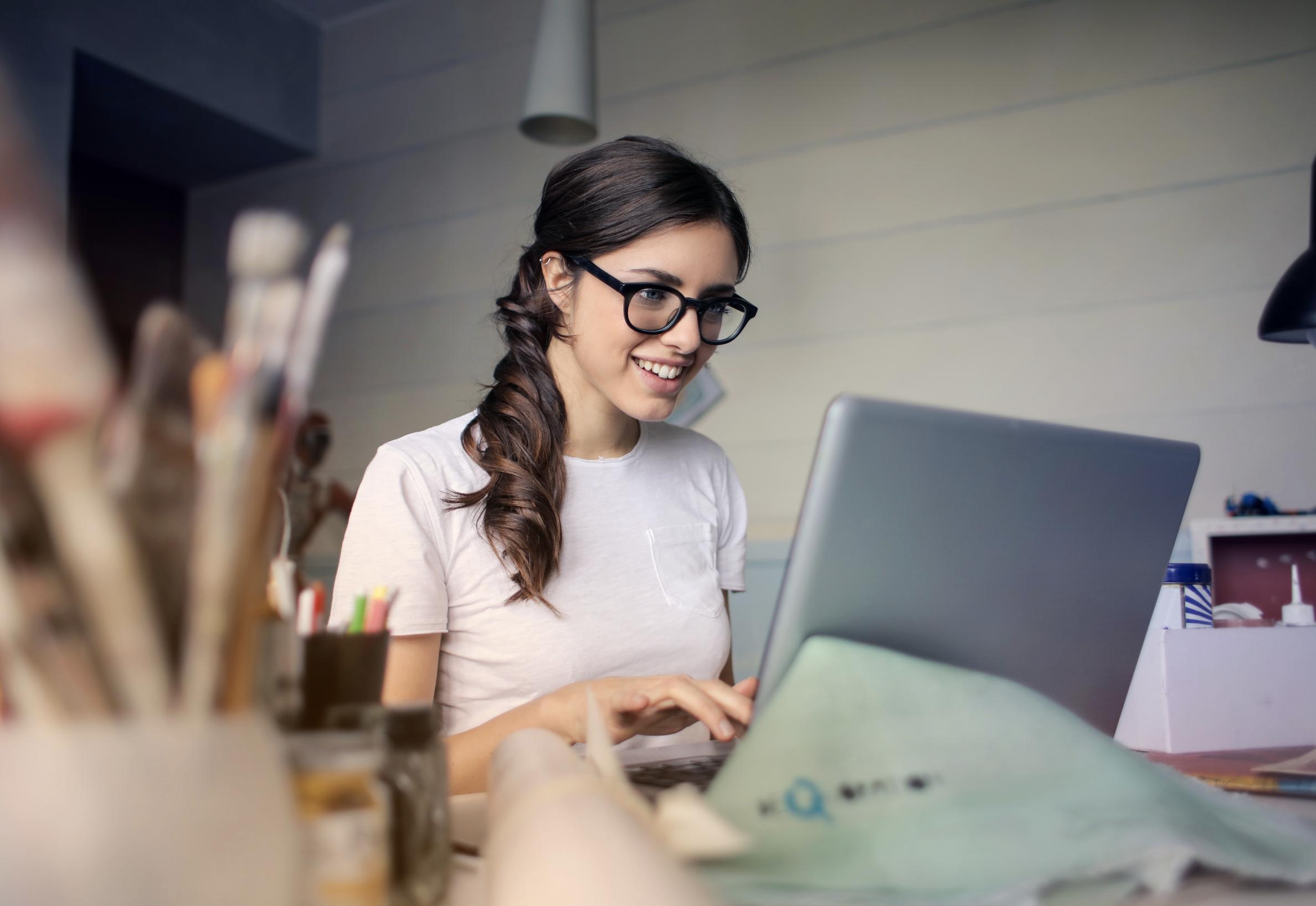 There wasn’t much room for the IRS to debate this one. Crile’s education, tenured professorship, public recognition and reviews, as well as her work’s placement in prestigious galleries established her as an undeniable expert in her field.

The time and effort expended.

If a taxpayer devotes considerable time and energy to an activity, it may indicate a profit motive 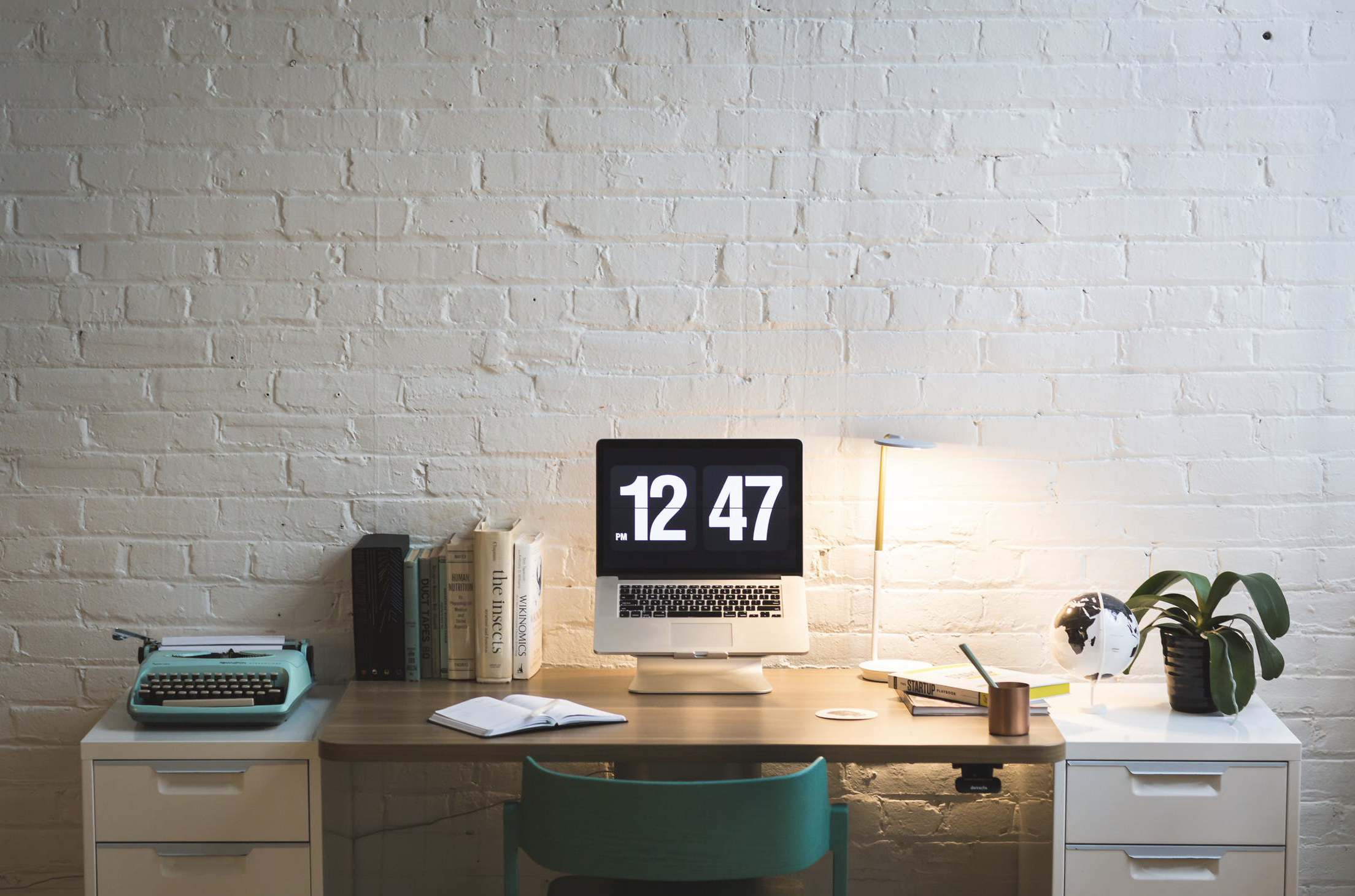 Crile spent an estimated 30 hours per week conducting her art business during the academic year and worked full time on it during her summer break from teaching. There is no exact number of hours the Court is looking for, but past rulings have deemed 2-4 hours a day as enough in certain cases to signal a profit motive.

The Court also ruled that the time Crile spent on mundane tasks such as updating her website and networking with potential collectors, were essential to growing her business. (Writers, this means all your time at conferences, festivals, meeting with book clubs or spent with professional associations is time spent ON THE CLOCK, assuming it helps you reach your readers.)

The expectation that the assets of the activity will appreciate in value.

An expectation that assets will appreciate in value may indicate a profit motive. 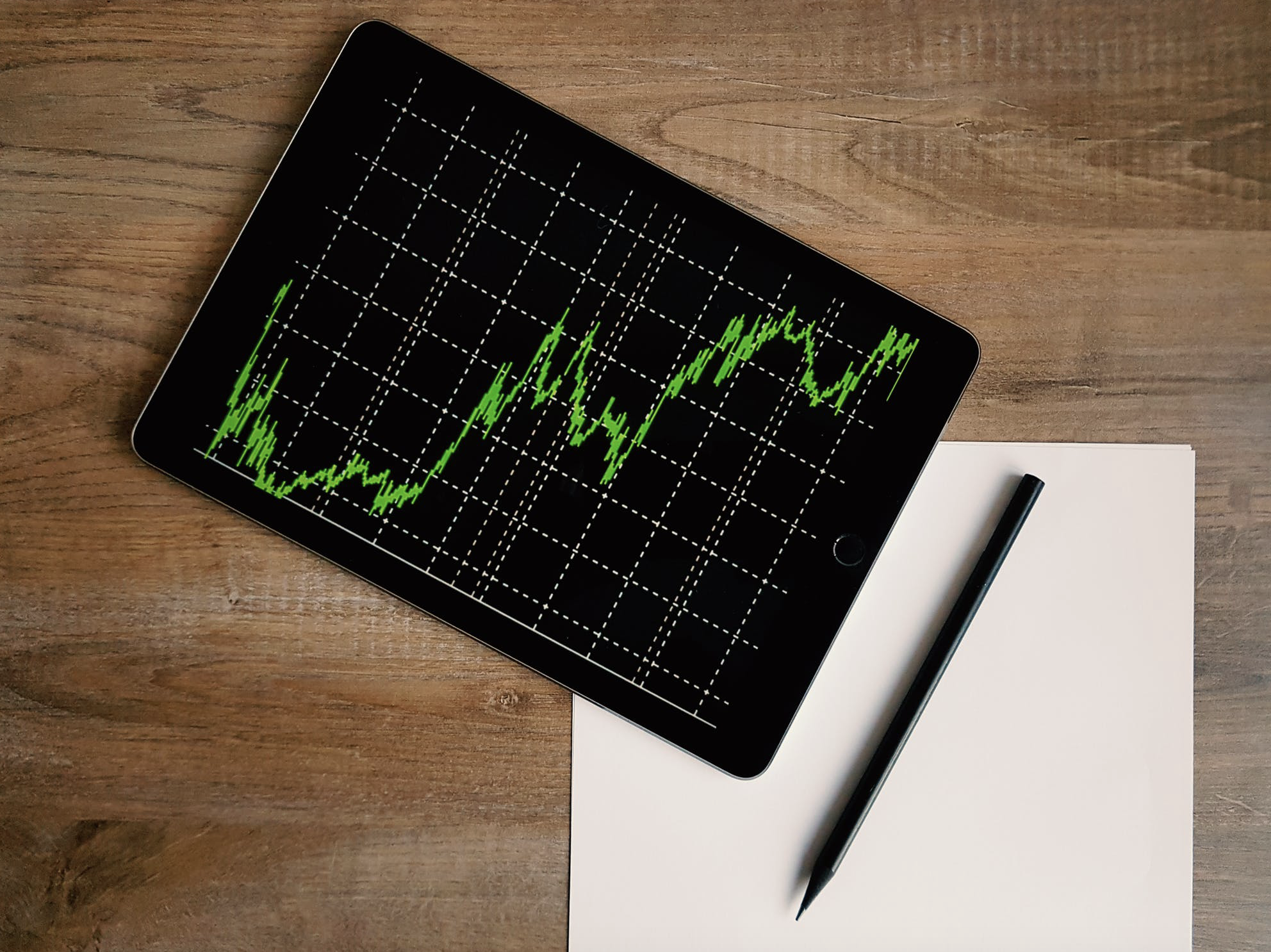 Neither Crile nor the IRS could conclusively show or disprove that her artwork had increased in value during her career. The IRS brought in an art professional to testify that Crile’s work did not appreciate over the years, but the Court spent a glorious page and a half smacking down this “expert’s” methods as unreliable. They instead acknowledged that it can be difficult to predict when success will occur in the art world and often an artist’s work doesn’t dramatically increase in value until the end of their career.

The Court found this factor to favor Crile, but only slightly.

A track record of past success may indicate the taxpayer has the skills and determination to succeed in their current activity. 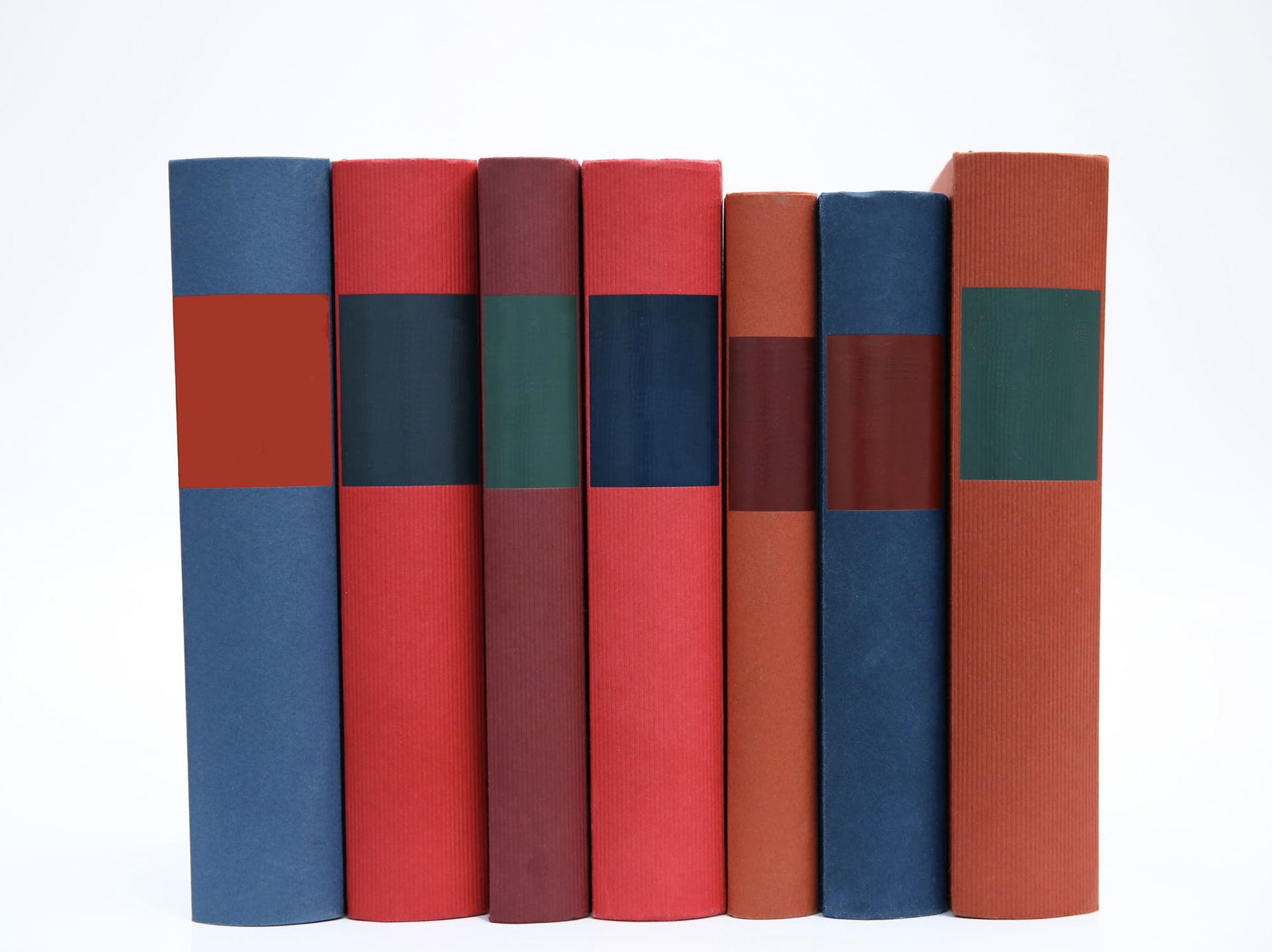 This factor didn’t have much bearing on the case at hand. The Court found it had “little relevance” for Crile.

The history of income or losses from the activity.

If a taxpayer has a series of losses beyond the ‘start up’ years of an activity, it may imply the absence of a profit motive. 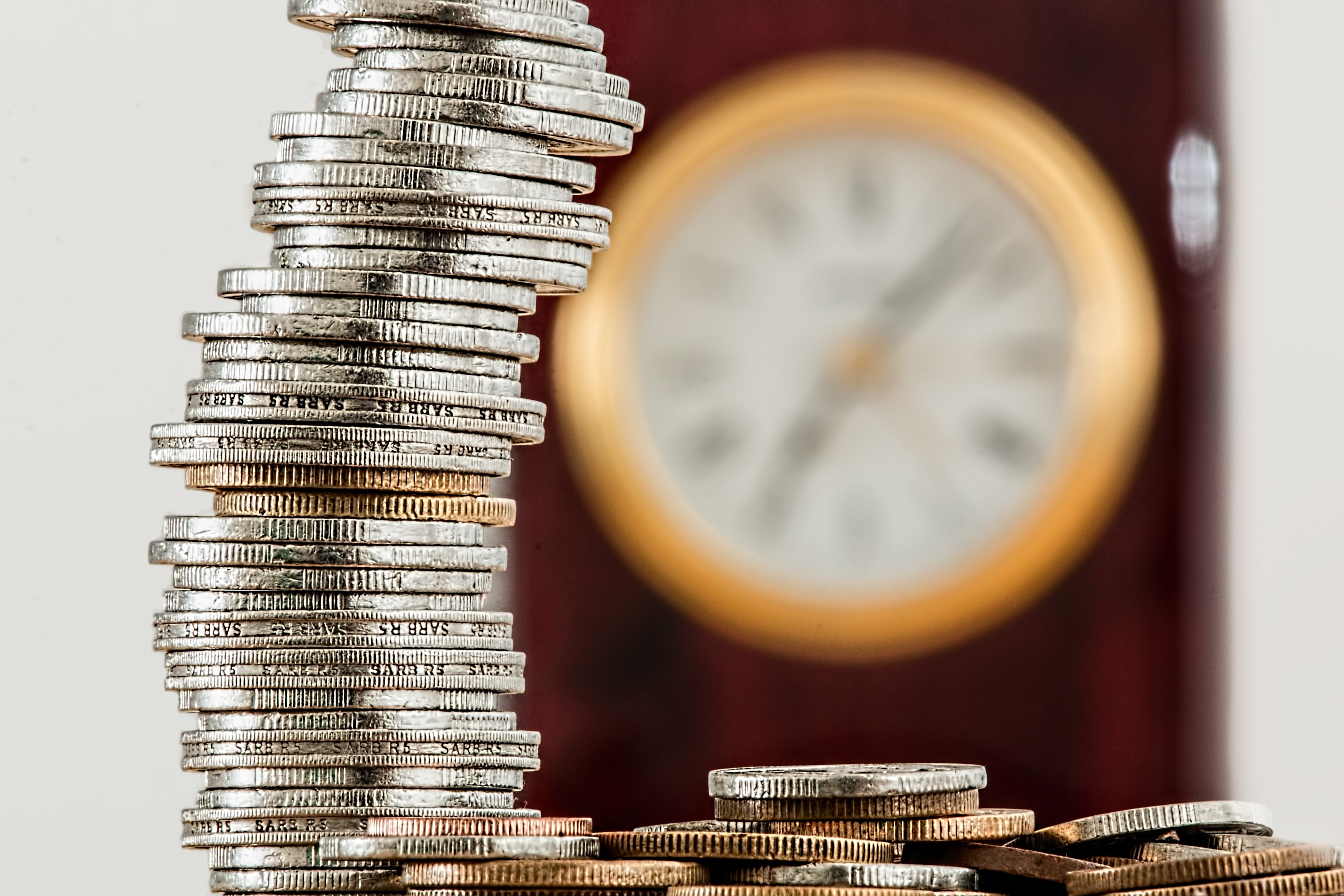 In 18 of the 20 years before the case began, Crile reported substantial losses. She never claimed a net profit as an artist, but the Court was convinced this was largely because Crile took improper deductions, trying to classify personal spending as business expense.

According to the Court, Crile’s theory was that “most experiences an artist has may contribute to her art and that most people with whom an artist socializes may become customers or otherwise advance her career.” She deducted personal expenses such as phone and cable bills, newspaper and magazine subscriptions, gratuities to doormen in her apartment building, taxicabs to the opera, museums, and social events, restaurant meals with friends and acquaintances, and international travel to gain inspiration from European museums.

The Court did not believe these expenses to be ordinary and necessary (two VERY important words we’ll examine in the Expense series) in order for Crile to conduct her business.

The Court favored the IRS in this factor.

The amount of occasional profits.

Deriving some profit from an otherwise money-losing venture may support the existence of a profit motive. 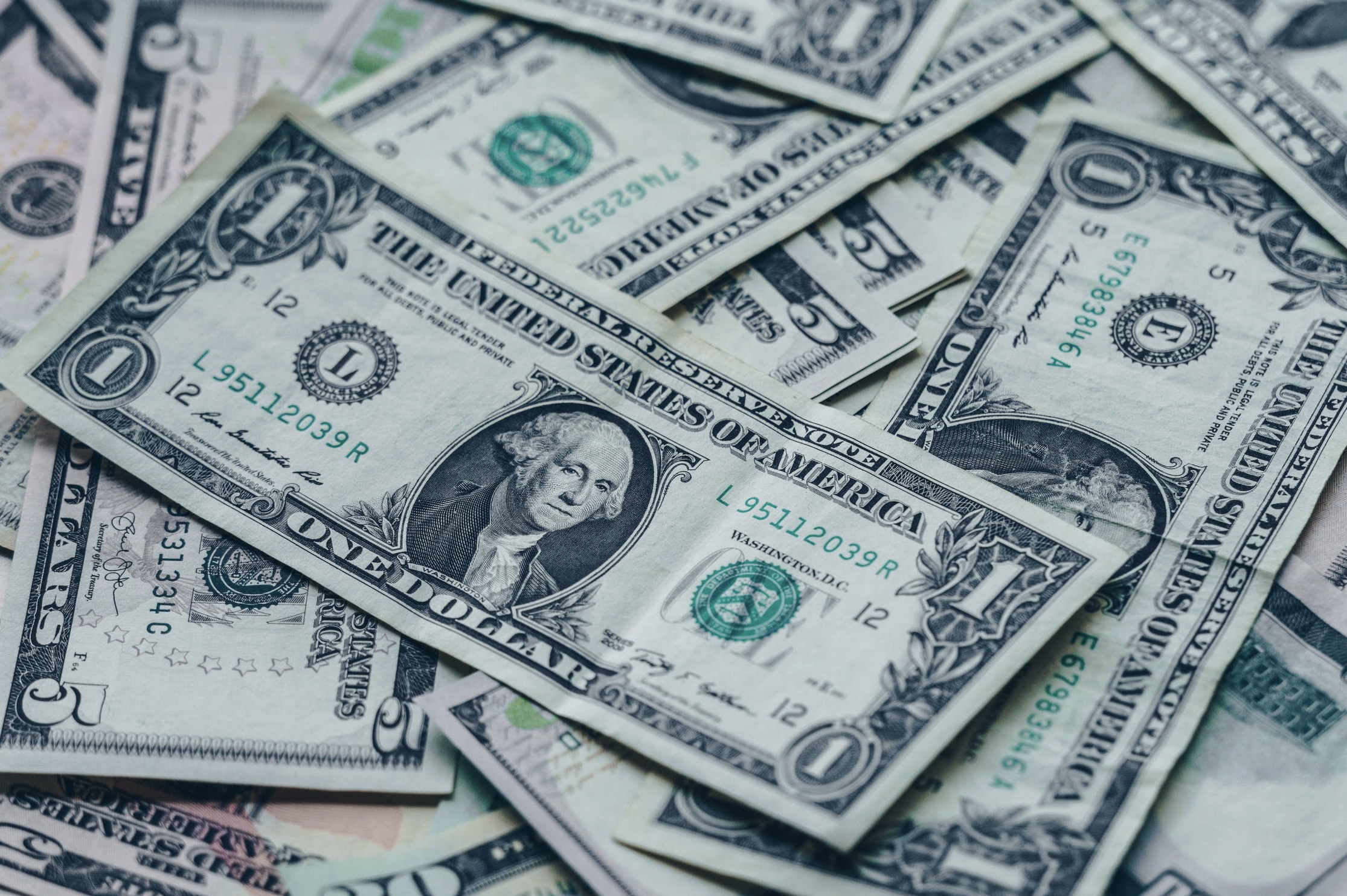 Crile only showed one year of Schedule C profits in the amount of $34K, but those profits were offset by a net operating loss carryforward from a prior year.

As with Factor #6, the Court found the lack of Crile’s amount of profits to weigh in favor of the IRS.

The financial status of the taxpayer / consideration of other income sources.

If a taxpayer lacks income from other sources, it may indicate they engage in the activity for profit. 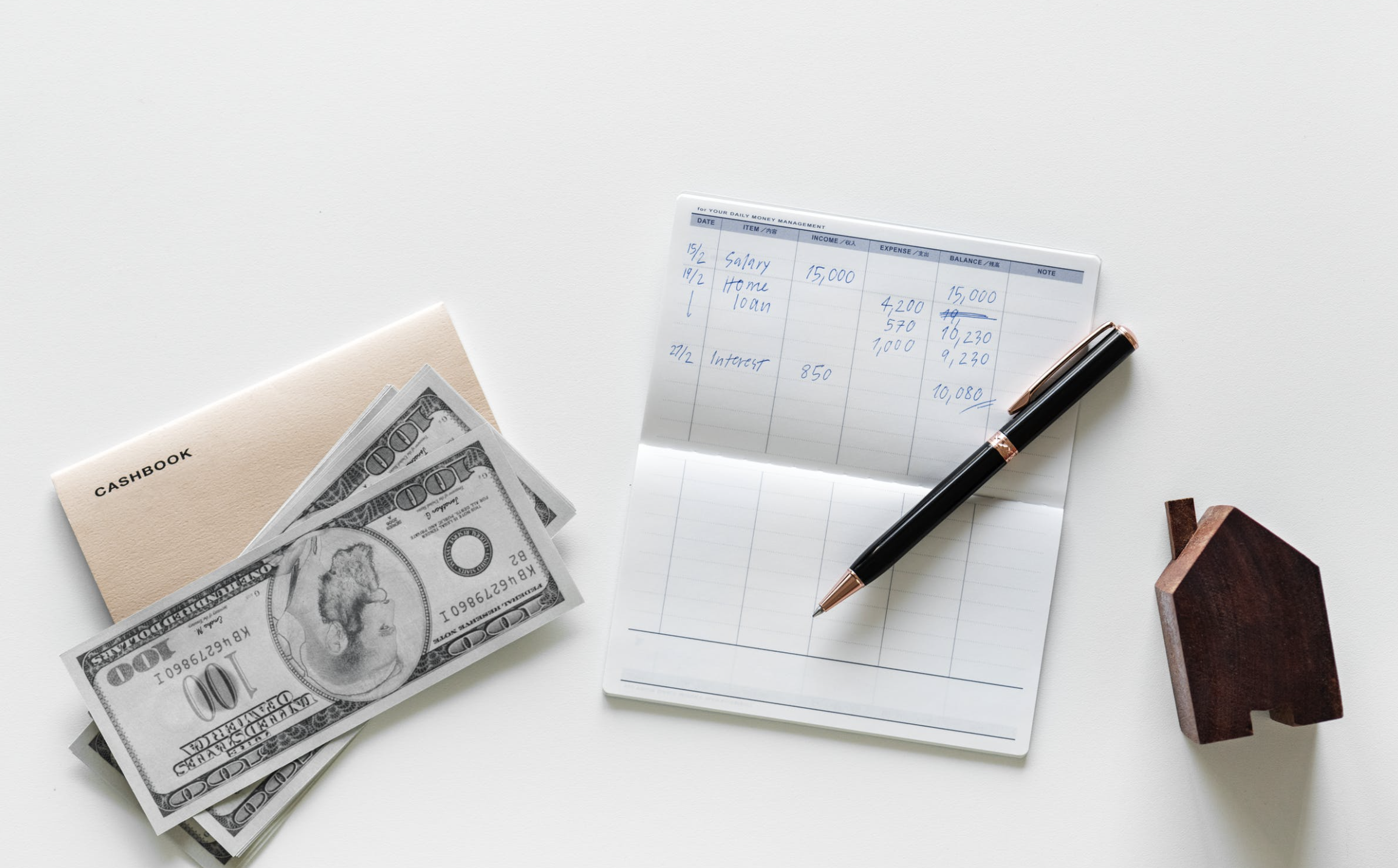 Crile did have a significant secondary source of income from Hunter College as well as miscellaneous investment income, but she didn’t begin teaching at Hunter until a decade after she’d begun working as an artist.

The Court is typically suspicious of an activity when it seems to be used in order to shield a primary source of income from taxes. For example, a corporate executive begins to invest in racehorses and uses all the losses from horse racing to generate tax benefits for her salary and bonus income. (Pro Tip: Don’t ever get into horse racing. If you think the IRS goes after artists, just wait until you start breeding the next Seabiscuit.)

In Crile’s case though, she established her art business long before she had any teaching income, erasing any possibility that her art losses were designed to offset her salary at Hunter College.

This factor had a neutral effect on the outcome of the case, favoring neither Crile nor the IRS.

The elements of personal pleasure or recreation in the activity.

If a taxpayer enjoys an activity, they may be doing it for reasons other than making a profit. 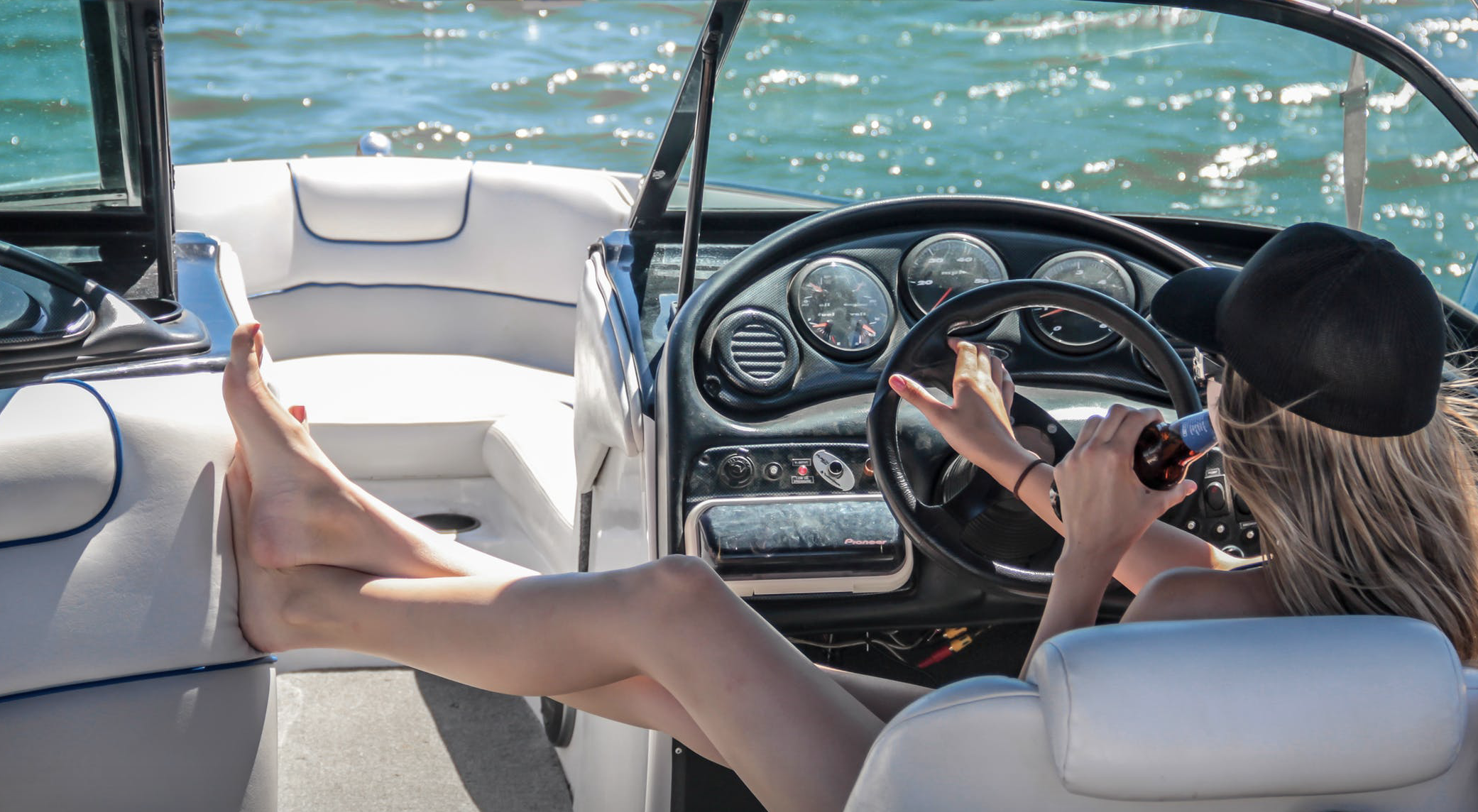 Crile enjoyed painting, but also devoted a lot of time to significantly less fun activities like maintaining her mailing list, sending out exhibition announcements, and seeking representation from galleries.

Even the creation of her art (as all artists know) required a lot of hard work and research that elevated it far beyond recreation. For various series of paintings she visited hazardous oil fields in Kuwait, interviewed journalists about Iraqi war zones, and studied confinement conditions in Guantanamo Bay. As the Tax Court magnanimously observed, “few people find this sort of research pleasurable.”

The Court found this factor to be mostly neutral.

In the case of Crile v. Commissioner, the Tax Court found that Crile was in the business of being an artist.

“In a qualitative as well as a quantitative sense, we conclude that the balance of factors favors the petitioner and that she has met her burden of proving that in carrying on her activity as an artist, she had an actual and honest objective of making a profit.”

If you want to read the full Tax Court Memo, it’s available here and I can honestly promise that Tax Court memos are much more entertaining than Supreme Court rulings.

I’m sure every writer reading this can see how in their own hypothetical Tax Court cases each factor would play out a little differently. Maybe you’re in a start-up phase where you’re still building your expertise and chasing that first payment for your writing. Maybe you’ve made some money, but don’t have a solid business plan or spend any time trying to broaden your readership. By reviewing Susan Crile’s case, I wanted to demonstrate how much of this business vs. hobby income debate is actually within your control. If you treat your writing like a business and devote a continuous level of professional care and energy toward making it successful, the Tax Court is likely to agree with you and to allow your business expenses and losses.

Did I just say expenses? But, wait, Susan Crile got into trouble for improper deductions. How will you know which expenses you can deduct and which you can’t? (Although the doorman tips should be a no brainer. Please never for any reason ask me about the deductibility of tipping your doorman.) For all other expenses, stay tuned. The Expenses series is coming up soon in #TaxAdviceforWriters. Thanks for reading all about Income.