While researching The Dragon Keeper and all things Komodo, one specific animal kept popping up in my reference material: Bubchen. She was so extraordinary that I couldn’t resist including a tribute to her in the novel, but there wasn’t room in the story for her to really live and breathe. Here is the piecemeal history I was able to find about Bubchen’s life. -Mindy 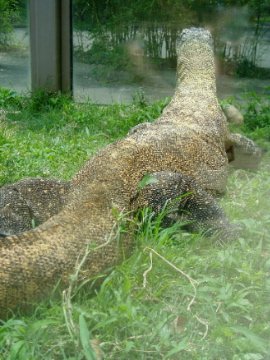 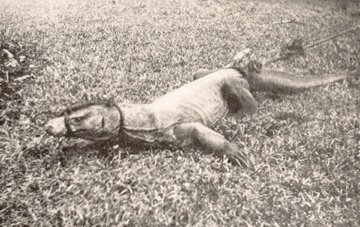 In 1927 a young, female Komodo was captured on Flores. The expeditioners had learned not to capture the biggest males, because despite their impressive size they never acclimated to the deprived captive state and died soon after their capture. They transported the female to the Frankfurt Zoological Gardens. By now, zookeepers also understood the need to control the animal’s habitat in order for Komodo dragons to survive outside their indigenous tropical climates. The staff kept the exhibit air temperature at 86 degrees and the pool heated to 95 degrees year round. Although the Komodo was extremely frightened of airplane noise during her first months in the exhibit, she eventually acclimated to her environment. They named her Bubchen, which means Sweetie-Pie.

During her captivity, Bubchen laid many clutches of unfertilized eggs. Like all Komodos she usually buried the eggs, although sometimes the keepers found them scattered randomly on the ground of her exhibit. They were abandoned, as though Bubchen had lost all interest in the evolutionary process or even sensed that without a male to fertilize them, the exercise was pointless. Her body attempted to breed throughout her adult life and produced the large, leathery eggs that the keepers picked up and discarded. One day in 1942 Bubchen laid a single egg and then ate it.

Early in her captivity Bubchen started responding to one of the young, female
zookeepers. Whenever this zookeeper entered the enclosure, Bubchen followed her around, exhibiting dog-like behavior.

The keeper began taking the Komodo for daily walks around the grounds of the zoo, holding Bubchen’s tail like a leash to guide the dragon around the crowds of visitors. Children posed near Bubchen’s head for photographs. She became a beloved animal at the zoo and never once attacked or showed any aggression towards her keepers or the many thousands of visitors who saw her before the war. 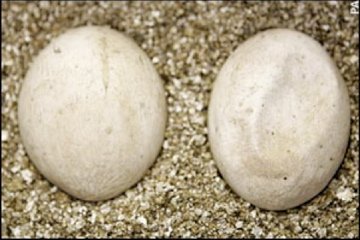 In 1944 high-explosive bombs smashed through the aquarium ceiling where Bubchen had lived for seventeen years. After surviving over 4,800 tons of explosives showered on the city by Allied air raids in the preceding months, on March 18 the Frankfurt Zoological Gardens burned. Every building except for the bear castle was bombed to the basement. Keepers stormed the big cat house and shot the injured and escaping animals. Most of the animals that survived eventually succumbed to starvation or hypothermia, although one chimpanzee simply fell over a few days later and died of heart failure.

Bubchen burned to death in the bombing, killed by the airplanes she had feared in her earliest days at the zoo. There is no record of her remains.